Bend home gets OK to treat wastewater on site 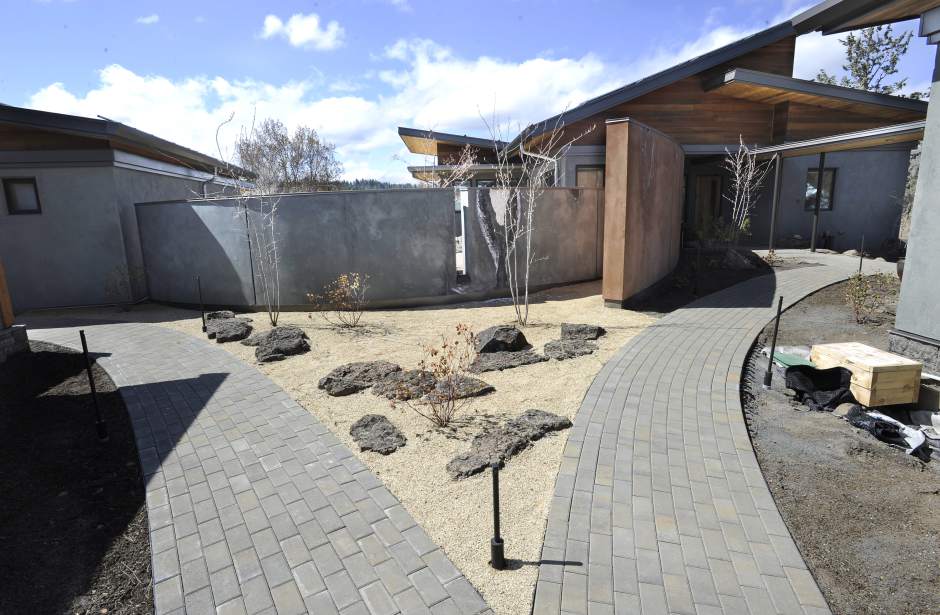 24 Apr Bend home gets OK to treat wastewater on site

By Rachael Rees / The Bulletin

Editor’s note: Tom Elliott and Barbara Scott invited The Bulletin to follow their attempt to build the ultimate green home in Bend and document the project from start to finish.

In their effort to build the greenest home in Bend, Barbara Scott and Tom Elliott have achieved a milestone.

Their house, known as Desert Rain, has become the first in the state within a city sewer district to receive a permit to treat blackwater — toilet and dishwasher wastewater — on site, without putting it into the sewer lines. 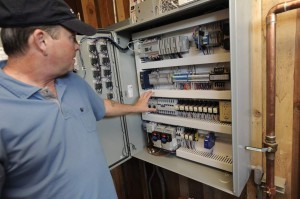 photo via The Bulletin

The couple, who moved into Desert Rain on Northwest Shasta Place in December, has struggled to receive approval for about four years. And without it, they wouldn’t have met the requirements of the Living Building Challenge — a set of green building standards designed to be the most advanced possible.

As part of the challenge, all the water used in the home must be collected and treated on-site, said Morgan Brown president of Seattle-based Whole Water Systems and project manager for Desert Rain’s water systems. But the city of Bend requires homes to be hooked up to the sewer system.

So to meet both the Living Building Challenge and city regulations, he said, Desert Rain will be connected to the sewer, but no wastewater will flow into the sewer.

Wastewater from vacuum toilets and the dishwasher will flow to a commercial composting unit located in the lower level of Desert Lookout — a two-story building next to their home that will contain a fitness room and a single-car garage. 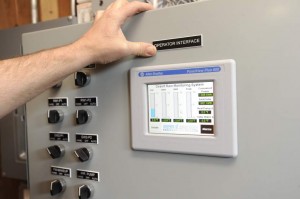 photo via The Bulletin

Construction on Desert Lookout is expected to start Monday, said James Fagan, co-owner of Timberline Construction and project manager of Desert Rain. And once it’s completed, he said, the couple can begin a 12-month period of proving the home meets Living Building Challenge standards.

To help Scott and Elliott achieve their goal, Fagan said, the home has sensors and gadgets to track water and energy use.

Steve Powers, president of Bend-based Powers of Automation Inc., said he’s never installed such a complex system in a home.

“Its definitely unusual that a residence would have this level of instrumentation installed to monitor water and power usage,” he said.

The system, which uses parts from Bend companies Dent Instruments and Consolidated Electrical Distributors, cost more than $40,000, he said. It includes different alarms on the water storage tanks to warn of pending overflow, as well as an alarm that sounds if the water starts flowing into the sewer.

“The goal of the system is to help the owners satisfy and pass the green building challenge that they are doing,” he said. “With the level of automation that we provided, they have flexibility in adjusting the way that the water is moved around the property for better conservation.”

Elliott is confident he and Scott will achieve the Living Building Challenge, which he expects to start in September, after the building is complete and the system is installed.

“We’re very confident that the Powers (of Automation) systems will perform the way they’re designed,” he said.